A native from the Netherlands, the hospitality bug bit Kora at a very early age. At age five she was already entertaining her parent’s guests with music and hors d’oeuvres. As a young entrepreneur, at nine years of age, she picked and sold the surplus of cherries from her parents’ orchard in front of their home. In France she developed her passion for the culinary arts. She moved to the United States to be hired by none less than Michel Richard at Citrus Restaurant, as the public relations and special events coordinator. She organized multiple wine dinners, special events, cooking classes and charity functions. Subsequently, Chef Richard had in mind to throw a little party for Julia Child, to honor her as the “Lady of the Century”. Over one hundred top chefs of the United States and France (including ten Three Star Michelin chefs) showed up in Los Angeles for a four day extravaganza, which was broadcasted on CNN. The event took over one year of planning. This gave her the inspiration to start West Coast Event Productions and the rest is history. 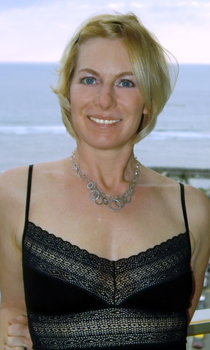 In the meantime, together with Lisa Trotter, they started the Les Dames d’Escoffier Chapter, of which she later became the President. Since 1997, Kora Kroep has been the Executive Director of the Club Culinaire of Southern California, a non-profit organization regrouping chefs, restaurateurs and purveyors of fine food and beverage.

In her free time she throws parties for her friends, is an avid (mountain) biker, yogi and boot camper.